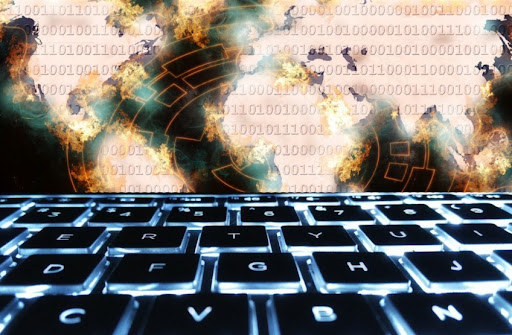 Followed by the Solarwinds attack, another supply chain compromise has hit the enterprises during the July 4th holiday weekend. Kaseya MSP — a remote IT management service provider — was compromised to deliver REvil/Sodinokibi ransomware. This attack makes 2021 a big year for such supply chain based attacks.

Although initial analysis estimates 50 Kaseya customers to be affected, the attack had far greater reach of more than 1500 organizations via managed service providers who unwittingly spread the attack to their customers. REvil threat actors initially published a ransom demand for between $50M-$70M in BTC to unlock all encrypted files.

This blog post analyzes the key tactics and techniques used by the Kaseya ransomware and identifies the most important IOCs for the attack.

How Kayera typically comprise the network and ‘get in’ is beyond the scope of this blog  (the CVE is now tracked at CVE-2021–30116). Let’s assume it makes its way in and dive into the kill chain.

Kaseya VSA(Virtual Systems Administrator) is a remote monitoring and management tool for networks and endpoints for enterprises and MSPs. Threat actors breached the Kaseya network and leveraged the VSA software update mechanism to deliver the initial payload via Kaseya agent.

a. The command first delays execution till a predetermined time so that the ransomware attack can be synchronized.

b. Following the delay, it attempts to disable various features of Windows Defender including Real-time Monitoring.

c. Additionally, protection features such as DisableIOAVProtection, DisableScriptScanning are disabled too, which ensures that subsequently dropped payload will not be scanned or blocked.

d. It also disables the SubmitSamplesConsent option to avoid payloads being submitted to Microsoft.

e. Later the command makes a copy of certutil.exe and appends random content to evade masquerading based detection.

f. It decodes the agent.crt into agent.exe which then drops the second stage of payloads.

g. Finally it deletes the intermediate binaries such as copied certutil.exe (cert.exe) and agent.crt.

The first one is legitimate, being simply an older version of Windows Defender binary (msmpeng.exe). The second binary is the REvil encryptor dll (mpsvc.dll). This enables side-loading of mpsvc.dll into msmpeng.exe.

The encryptor DLL (mpsvc.dll) then exhibits typical ransomware behavior such as deleting volume shadow copies using WMIC and encrypting user data files. Similar to previously seen REvil/Sodinokibi behavior, the files are encrypted in place and are renamed to a randomly generated extension.

The Kaseya attack progression deviates from several system integrity and behavior baseline. Here are a few prominent IOCs that the attack exhibits. Each IOC is illustrated in the context of the full attack storyboard automatically generated by Confluera CxDR.

2. certutil.exe copied and modified. - Later it is used to decode the payload into an executable. A process generating executable with decode parameter is more often than not a malicious indicator.

4. Deleting shadow copies and encrypting files - Multiple user data files being renamed or deleted in a short amount of time are common indicators of ransomware behavior.

As demonstrated by the Keseya breach, a network can be compromised from unexpected threat vectors and, as always, a defense-in-depth posture is prudent. However, the traditional EDR, NGAV and NDR approach are just not detecting these attacks early enough (as exemplified by several recent attacks). It is essential to include continuous, real-time, multi-signal threat storyboarding in the core security architecture to sniff out multi-stage attacks in early stages.

The analysis of the ransomware in this blog was conducted using Confluera CxDR. Confluera CxDR is designed to detect, investigate and respond multi-stage attacks including ransomware via an intuitive real-time threat storyboarding. The intent based graphs provide context and storyboarding for a chain of actions in real time across workloads, network and cloud.

Stay safe out there.